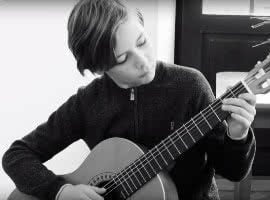 We present video recording series from Unisono Music Academy 2019 Students Carols Concert. Ladies and Gentlemen, Dear Parents and Audience of the Unisono Music School. This school-year our concert of carols was held on January 10th 2019 at Fangor Manor House in the Botanic Garden of the Polish Academy of Sciences in Powsin.

All our soloists played with great concentration and engagement receiving great applause from the great audience. The Concert was important for the students because this time it was recorded and shown by the YouTube channel of our School.

Concert was opened by the students of Alicja Zdrojewska class of vocal.

The next day after the Concert of Carols, i.e. on Sunday, January 20th , we had the Concert of Teachers. It was held in a beautiful picturesque winter scenery of the Botanic Garden of the Polish Academy of Sciences at the Fangor Manor House. The Teachers presented diverse program of artistic masterpieces. If you are interested in other video concert recordings head out to our YouTube channel.