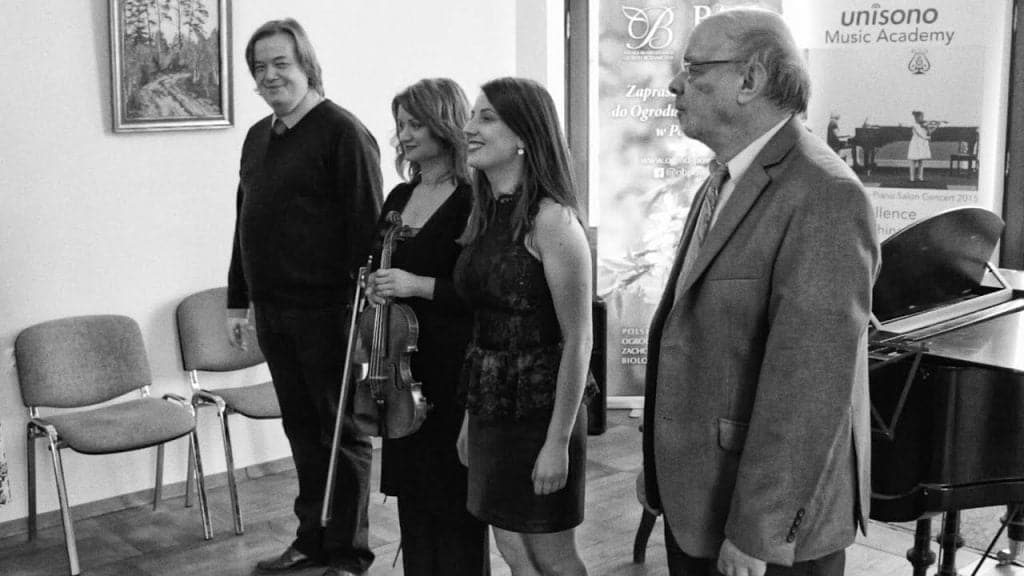 The next Unisono Music Academy concert after the Concert of Carrols, was held on Januiary 19th 2019 in the Fangor Manor House in the picturesque Botanic Garden of The Polish Academy of Sciences in Powsin. This time it was our Teacher’s Concert. The artists presented an interesting and diversified musical program.

At the end of her appearance she played Banjo and Violin –  an extraordinarily spectacular work composed by American composer William  Kroll.

At the end we heard three songs:

The audience gathered in the concert hall aplauded vividly and made Krzysztof Komarnicki to play encore. He did Etude by Krzysztof Panuciak.